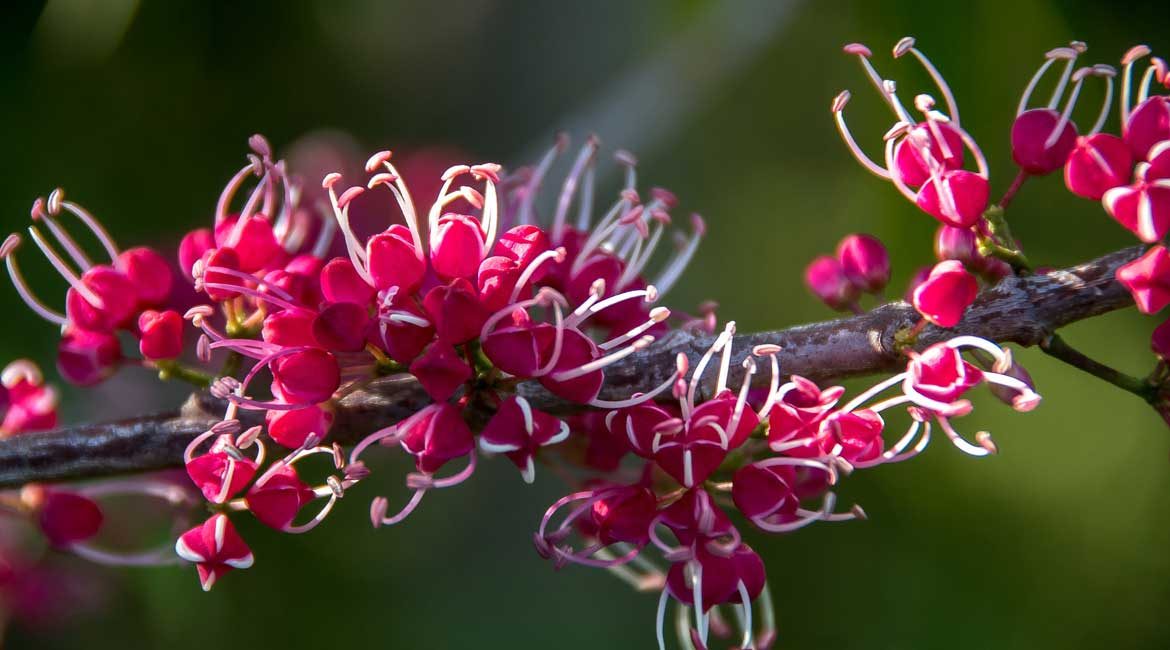 With tropical rainforest covering two-thirds of the island, fascinating geothermal activity, and some of the best diving sites in the world, it is unsurprising that Dominica has become known as the “nature island of the Caribbean.” Sparsely populated by just 70,000 people, Dominica remains beautifully unspoiled compared to many other Caribbean islands. Until comparatively recently its tourism trade remained quieter than many of its neighbors but more visitors are now discovering this jewel of the eastern Caribbean.

Recognizing that intensive tourism would be incompatible with preserving the island’s eco-system, the government has focused on attracting eco-tourists ever since signing an agreement with Green Globe, the environmental division of the World Travel and Tourism Council, to develop the island as a “model eco-tourism destination” in 1997.

Dominica is a hikers’ paradise with 300 miles of trails snaking their way through the lush rainforest, which contains an amazing 1,200 different plant species. As a volcanic island, it also boasts extensive geothermal activity including the world’s second-largest boiling lake, which is found inside the Morne Trois Pitons National Park, the first designated UNESCO World Heritage Site in the eastern Caribbean.

Dominica is the only Caribbean island with a surviving population of pre-Columbian Carib Indians. Originally from South America, the Carib Indians began migrating to Dominica in 3000BC, calling the island “Wai’tukubuli”. More than 2,000 Caribs remain on the island, inhabiting a 3,700 acre territory in the north-west.

The island’s architecture reflects its diverse heritage, combining English, French, and Spanish influences. Some of the old colonial buildings and plantation estates are a must see for island visitors, along with a walking tour through the historic capital city of Roseau.

Following independence Dominica developed a successful banana trade but this went into sharp decline in the 1990s when the island lost preferential access to the UK market. The government has since turned its focus to building Dominica’s reputation as a centre for eco-tourism.

Due to its rocky terrain, lack of white sand beaches and basic infrastructure, Dominica has not been targeted by large scale tourist development but the government is now investing heavily in its eco-tourism offering which consists largely of hiking in the rainforest.

An increasing number of cruise ships are now visiting the island following significant investment in cruise ship facilities including the cruise ship jetty at Prince Rupert Bay, near Portsmouth. P&O Cruises, Carnival Cruise, Princess Cruise Lines and Royal Caribbean all now stop off in Dominica. This has pushed annual visitor numbers to up to well over 350,000 with the vast majority – nearly four fifths – arriving via cruise ship.

The island’s tourism trade took a hit in 2015 in the aftermath of Tropical Storm Erika which all but wiped out some communities like Petite Savanne, displacing hundreds of families, after ten inches of rain fell in just a few hours. Roseau was engulfed by water and the island’s transport infrastructure was brought to a standstill, generating a huge recovery bill for the nation. The storm also damaged several hotels and led to the cancellation of the World Creole Music Festival.

Most overnight tourists to Dominica come from other parts of the Caribbean with about 20,000 arriving from the French West Indies and a further 10,000 or so from the Commonwealth of the Caribbean. The USA is also a major source of tourism for the island with just under 20,000 visitors from the States in both 2014 and 2015. The UK and France are the biggest European tourist markets for Dominica with between 4,000 – 5,000 from each country arriving in 2014.

Named as one of ‘The world’s ten best ethical destinations’ in 2015, 2014, and 2011 by Ethical Traveler, Dominica is famed for its dense rainforest, rushing rivers and cascading waterfalls, steep gorges and bubbling mud baths as well as a breath-taking biological diversity.

The island is home to the Caribbean’s first long distance trail, the Waitukubuli National Trail, which passes through the Carib Territory and the Morne Trois Pitons National Park. The trail takes in the island’s history, culture and community life, vast array of wildlife and natural beauty. Famous tourist areas include natural beauty spots such as the Indian River in Portsmouth, the Emerald Pool, Trafalgar Falls and Scott’s Head.

The island also offers fantastic diving spots due to its colorful coral reefs and steep drop-offs. Divers can encounter seahorses, frogfish, flying gurnards, batfish, electric rays and much more. Dominica’s sub-aqua world mirrors its dramatic landscape above, with canyons and cliffs plunging to depths equal to the soaring mountain peaks above. Underwater volcanoes are the source of Dominica’s rugged ocean landscape with craters, chasms and soaring pinnacles formed by lava flow.

Divers can swim through warm bubbling waters created by geothermal vents at the “Champagne” dive site. Amazing volcanic features can be viewed at Soufrière Scott’s Head Marine Reserve in the south west, which is the oldest reserve on the island while the Cabrits National Park Marine Section in the north is famed for its variety of rare fish.

Thanks to its natural beauty, Dominica was one of the key filming locations for Pirates of the Caribbean: Dead Man’s Chest in 2014 and its follow-up, At World’s End. Hampstead Beach, Indian River, Londonderry River, Soufrière, and Vieille Case, were all used for filming.

With six of its hotels recognised in the prestigious 2013 TripAdvisor Travelers’ Choice Island Awards, Dominica has not succumbed to the mass tourism development of other Caribbean islands, focusing on quality rather than quantity.

Valley of the FREE – Mountain of...