The Ministry of Finance and the Public Service – Jamaica

Recently, Business View Magazine spoke with Minister Williams. The following is an edited transcript of that conversation:

BVM: Minister Williams, can you describe the primary role of the Ministry of Finance and Public Service?

Williams: “The Ministry manages the financial affairs of the country. It is responsible for putting together the annual budget and giving periodic updates during the year as to where things are and the outlook for the future. In addition to the budget and all that goes with it, in terms of revenues and expenditures, both occurring and capital, the Ministry of Finance sits at the intersection of development and growth in Jamaica. We have to take care of our debt obligation but, at the same time, find ways to facilitate economic growth that happens through other ministries such as the Ministry of Housing, the Ministry of Water, the Ministry of Mining and Transportation, the Ministry of Economic Growth and Job Creation – all of those. So, it’s a pivotal role and one where we have to balance all these imperatives to ensure that we get growth but to also ensure that we have a balanced budget.”

BVM: According to the Ministry’s website, one of its priorities is “enabling growth and national development through a sound and predictable macro-economic policy framework that maintains low inflation, stable exchange rates, and competitive interest rates” How will you achieve that?

Williams: “We have a role to play in maintaining a stable macroeconomic policy, but then there is another institution, the Bank of Jamaica, whose function is to ensure that we are in a low interest rate environment and that interest rates remain competitive for businesses and individuals. So, we have a central bank whose main focus is on the monetary side of the equation, whereas, we are primarily focused on the fiscal side. But both of them work together, hand-in-hand, to the extent that we maintain fiscal discipline that engenders confidence.” 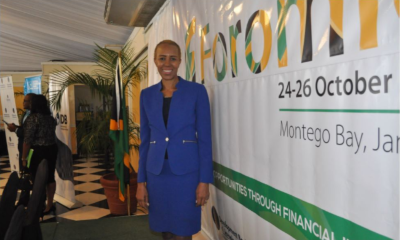 BVM: Another priority is the “creation of a simple, equitable, and competitive tax environment that will ensure greater compliance and enhance growth. Can you speak about the Ministry’s tax initiatives?

Williams: “In any economy, the level of taxation and how your taxes are structured will have an impact on your economy. If you take too much tax from people, they won’t have enough to spend and it will restrain their growth. Our belief is in a lower tax environment for the people of Jamaica. We believe that will spur demand for goods and services which then puts business in gear to produce those goods and services and the result is economic growth. The rate of tax compliance is, unfortunately, quite low. Currently, when you look at our workforce, it’s about a million, point two. But, of that, only three or four hundred thousand are paying personal income taxes. So, that’s a small sliver of the entire workforce. Over the years, we have seen that the government tends to raise taxes but that just drives compliance lower. So, this government, when it was campaigning, said in no uncertain terms, that we believe in lower taxes. We indicated to the electorate that, upon taking office, we would engage in re-structuring how our taxes are on the personal side by raising the threshold so that more of their income would be shielded from taxes. Over the years, there have been many tax reforms and, most recently in the last government, there was an emphasis on corporate tax reform. We’ve taken on personal income tax reform and we’ve done that by increasing the threshold – the level of income that does not get taxed.”

BVM: By increasing the personal income tax threshold, do you run the risk of collecting less money to run the government?

Williams: “We had compensating measures, so it was more a shift away from direct income taxes to more indirect consumption taxes. And with the reform in the corporate tax, companies that take advantage of the reform measures that are available could have an effective tax rate as low as 15 percent.”

BVM: The Ministry says it wants to strengthen its capacity to “effectively regulate financial institutions and combat financial crimes.” To what does that refer?

Williams: We are a member of the larger, global financial system. And in order to maintain that membership, so that we are able to transact with foreign entities, we have had to sign on to strict regulations of our financial system. The prescribed regulations restrict “dirty money” entering into our financial system. Our Financial Investigation Division is primarily focused on ensuring that. It’s no secret that people with a lot of money who want to evade taxes in their own country, or who are involved in crime, look across the world at which countries they can go to, with weak systems in place, where they can enter into the financial system and at the other end come out with “clean money.” We don’t want that to happen to our system because that would be devastating for us. So, we participate in institutions like the Caribbean Financial Action Task Force that looks at our banking system and does whatever assessment is needed, so that, at the end of the day, we’re confident that we’re doing everything that we can to ensure that our financial system remains safe and secure and that we’re not simply a conduit for people who want to do wrong.” (The Caribbean Financial Action Task Force is an organization of twenty-seven states of the Caribbean Basin, which have agreed to implement common countermeasures to address the problem of criminal money laundering.)

BVM: What is the goal of the Ministry’s debt management strategy?

Williams: “Jamaica has had a long history of having high debt to GDP.” (GDP, or Gross Domestic Product, is the monetary value of all the finished goods and services produced within a country’s borders in a specific time period. It is one of the primary indicators used to gauge the health of a country’s economy.) “And high interest rates relative to our GDP, as well. This puts us in a very anemic position when you look at our growth history over the last 40 or 50 years. It’s less than one percent GDP growth, because a lot of our resources go toward paying the interest on our high level of debt, which is at about 125 percent of GDP. And even though it is coming down, it is still quite high. The target is to get to 100 percent by 2020. Our Debt Management unit has to be vigilant across the various ministries to ensure that there is no new debt being taken on, because the goal is to get the debt down rather than to have it continue to grow as a percentage of GDP. So, everything is scrutinized to ensure that we’re moving in the correct direction.” 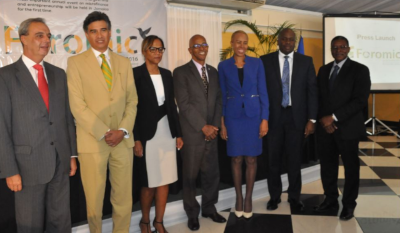 BVM: Does the Ministry also have a responsibility to help increase the county’s employment rate, especially in the small to medium size enterprise sector?

Williams: “There have been studies done in other countries across the world and the common wisdom is that small to medium size enterprises generate most of the jobs in an economy. Our small and medium size enterprises make up a large percentage of our economy. An issue for them is their access to financing – the rates tend to be high. In addition, they lack collateral most of the time; they might not have the correctly written financial statements; and they may not be able to present their case fully to the banking sector. So, we have been ensuring that that group gets financial training so that they can understand cash flow, how they are to present their business, etc. But we also have to ensure that facilities are available for them. One of the ways we’ve sought to do that is to channel funding through our development bank which then lends to financial institutions in order for them to use their infrastructure to get that funding to those businesses at reduced levels than they normally would get if they had walked into a bank. And that’s why the focus is there in terms of ensuring access and competitive interest rates.”

BVM: What are your Ministry’s goals for the next several years, and what challenges will you need to overcome in order to achieve your objectives?

Williams: “Our goal is to continue to help sustain a macro-environment that is stable, so that businesses have the confidence in their long-term plans; that they’re not just thinking about next month or next week, but they’re thinking about three, five, ten years down the line – how they can go forward, how they can expand, where the new markets are – and have confidence that their expectations and estimates that they have in their projections will hold. The levers that we use to do that are in the tax regime: to continue to reduce taxes both at the individual level and the corporate level and to ensure that we do it in a way that maintains a budget that everyone can have confidence in.

“Jamaica continues to be under an IMF program. The one that we’re in currently comes to an end at the end of this year. And we have opened discussions already with the IMF to continue that program. During the time that this program was in effect, markets both domestically and externally developed significant confidence in the program and the execution of it. And, as we draw to a close on this one, there have been many questions from our private sector group and from external markets as to what’s next. And we’ve announced that we’ve begun discussions with the IMF. And that has been received very well.

“But there are still a lot of things to do. Our public sector needs to be modernized. We need to become more efficient, so that we can deliver the goods and services that our government needs to deliver across the various ministries. There is a lot of work that still needs to be done. And we want to do it in an environment in which people have confidence in the budget as presented, that interest rates will remain low, and that the currency will remain stable so that businesses can plan and individuals can plan their lives, as well. We are very mindful of the impact that government has on companies and our communities.”

WHO: The Ministry of Finance and the Public Service

WHAT: A ministry of the government of Jamaica 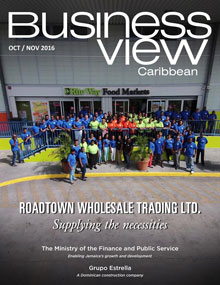