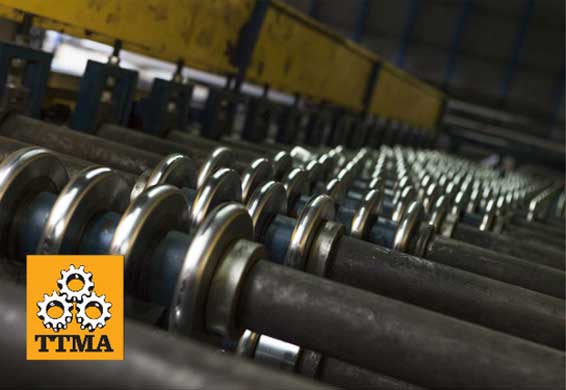 Creating new growth and opportunities for the manufacturing sector

The Trinidad & Tobago Manufacturers’ Association (TTMA) was founded in 1956, by a group of local entrepreneurs who recognized the need for a unifying organization that would promote the growth and expansion of local industry – especially light manufacturing – that was owned and operated by island businesses. For many years, the Republic of Trinidad and Tobago did not have a manufacturing sector of any size or significance. As a British colony, the country merely extracted its raw materials and sold its natural resources to the developed world – primarily to England and the European continent.

In the years leading up to its 1962 independence, however, TTMA’s early founders believed that instead of importing all of its manufactured goods, it would be beneficial for the islanders to start making some of these things, themselves. After several decades, their vision has borne fruit. Today, Trinidad and Tobago has the Caribbean region’s largest manufacturing output: almost $8 billion for 2014 – 8.5 percent of the country’s GDP (Gross Domestic Product).

The TTMA divides its members into several manufacturing sub-sectors:

So, while the country’s main source of income (and 80 percent of its exports) still comes from the petrochemical industry, which takes advantage of the islands’ plentiful oil and natural gas reserves, over the last several decades, its manufacturing sub-sectors (particularly the Food, Beverage and Tobacco, and the Chemicals and Non-Metallic Minerals industries), have greatly contributed to an economy that helps make Trinidad and Tobago the third richest country, per capita, in the Americas after the United States and Canada.

How does the modern TTMA “promote, encourage and assist the growth and development of manufacturing industries in Trinidad and Tobago?” According to Mahindra Ramdeen, the Association’s Chief Executive Officer, one major way is by lobbying the government and becoming immersed in all of its external trade negotiations. “When the government is seeking to open new markets, it comes to the TTMA to get advice and find out what our needs are in these markets. We help inform and shape policy, since we are the largest stakeholder. We are part of the negotiating process.”

No doubt, having a close working relationship with the Ministry of Trade, Industry and Investment is an important requirement for an association such as the TTMA, considering that its 400 members comprise 95 percent of the islands’ exporters of both raw materials and manufactured goods. Fortunately, for the mutual benefit of the country and its manufacturing sector, Ramdeen had worked at the Ministry for 15 years before coming to lead the TTMA, and a former head of the TTMA is now the country’s Minister of Trade.

According to Ramdeen, while there are some two, to three thousand, manufacturers in Trinidad and Tobago, the TTMA mainly focuses on those companies interested in exporting their products and services, abroad. The TTMA helps large companies seek out international markets and provides them with market intelligence in the international arena. For medium-sized companies, who produce for regional trade, the Association offers intelligence, opportunities for financing, and help with the shaping of government policy. For small companies, the TTMA helps with trade negotiations, and provides information on market trends and financing.

Other functions of the TTMA include: monitoring all legislation and international trade agreements that affect its manufacturers; assisting them in understanding and maintaining required safety standards in their respective sectors; advising them on subjects such as labor relations, public relations, and advertising; finding sources of investment; offering education and assistance for local manufacturers in the efficient use of modern methods of manufacture and in the development of exports; and generating market expansion, both regionally and internationally, through local, regional and international trade fairs, exhibitions and foreign trade missions.

This last responsibility of the TTMA – generating market expansion – is one that Ramdeen is particularly focused on. One of the Association’s “flagship events” is its yearly Trinidad Investment Convention (TIC), a gathering of over 500 regional and international buyers, 2000 local professionals and decision makers from the public and private sectors, and 800 small business entrepreneurs from dozens of countries around the world. According to Ramdeen, the TIC presents “an opportunity for investors wanting to come to Trinidad and Tobago to partner with local counterparts in any investment.” It would be difficult to argue with TIC’s consistent record of success in this arena. Over the past 14 years, the TIC has facilitated more than $450 million in trade deals and has become one of the Caribbean’s biggest business-to-business events.
Ramdeen also stresses the TTMA’s charge of seeking out new markets by reaching out beyond the country’s shores. “We want to increase and expand our missions to other countries. We want to seek out new markets – for example, Cuba.
There’s been a lot of talk about Cuba opening up. And we’d like to see how we can penetrate Cuba in terms of the goods and services that we produce here in Trinidad and Tobago; and we’re looking at the Central American countries, as well.”

The TTMA instituted a new program this past year, and Ramdeen speaks about it enthusiastically: “We want to reward and recognize manufacturers for the exceptional job that they are doing.” So the Association has created a “Manufacturer’s Award” in order to “reward manufacturers in terms of their production capabilities, their export capabilities, getting into new markets, etc.”

In 2015, Trinidad and Tobago is one of the wealthiest and most developed nations in the Caribbean. As the country’s manufacturing sector continues to grow and mature, it will likewise continue to be supported, championed and represented by the Trinidad & Tobago Manufacturers’ Association, which, for over half a century, has been a driving force of the island nation’s economy.

WHO: The Trinidad & Tobago Manufacturers’ Association

WHAT: The TTMA promotes, encourages and assists the growth and development of manufacturing industries in Trinidad and Tobago.

VIEW THE DIGITAL VERSION OF HIS FEATURE