The West Indies Cricket Board – Antigua and Barbuda

Business View Caribbean profiles The West Indies Cricket Board, the national regulator for the radio frequency spectrum in Jamaica.

The West Indies Cricket Board (WICB) is the governing body for professional and amateur cricket in the West Indies, a confederation of over a dozen mainly English-speaking Caribbean countries and dependencies that form the British West Indies. The WICB was originally formed in the early 1920’s and this year, it celebrates its 90th year of recognition by the International Cricket Council (ICC), as the administrator of the sport in the region.

“We existed informally before then,” says Verlyn Faustin, the WICB’s Corporate Secretary. “As persons began to play cricket within the various countries in the Caribbean, they wanted to organize games amongst themselves and somebody was needed to administer the games, plan the tournaments, and so on. So, the West Indies Cricket Board was formed. We’re an incorporated company. Our headquarters is in Antigua, and we service all of the cricket-playing countries of the region.” 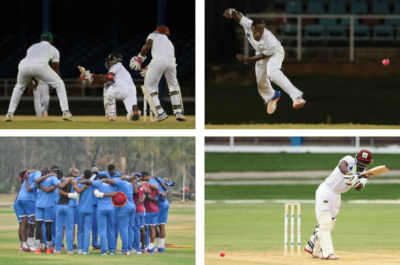 “We are responsible for the management, development, and promotion of cricket in the region,” says Michael Muirhead, the former CEO of the WICB. (A professional management consultant, Muirhead, who stepped down this past month, has run the organization, along with a Board of Directors and a staff of 50 full-time employees and up to 30 part-time contract workers, since 2012.) “And we have a responsibility to the global governing body of cricket, the International Cricket Council,” he adds. “We are one of ten, full-member nations. Cricket is played across the world, and there are various cricket associations in various countries that fall under the jurisdiction of the International Cricket Council. In all, there are about 105 countries that are either associates, affiliates, or full members.”

Cricket is the second most popular sport in the world; with two to three billion fans, it ranks just behind soccer. The WICB, like the other ICC members, produce major competitive events that draw teams from around the globe. “We have three world events in every four years,” Muirhead explains. “We also have bi-lateral arrangements – that means we play amongst ourselves. So, the ten full members, plus some of the associates, play against each other in various formats of the game. We have three formats: the traditional game that can last up to five days, which we call ‘test’ cricket. That’s for the purists. Then you have the one-day game. Then, we have the most recent format of the game, the ‘T20,’ which lasts three to four hours. It’s very exciting.”

Because of that excitement, cricket is very attractive to TV audiences, as well as TV advertisers. “From the bi-laterals, there are TV rights which are generated when we play at home,” Muirhead relates. “And those TV companies, like in any other sport, pay reasonable sums to broadcast across the world.”

And also, just like in any other sport, the winners get to make the best deals. “We used to rule the world, some twenty years ago,” he laments. “We were number one in the world in all formats of the game; we had put a West Indian stamp on world cricket. We went into a decline and we are looking to come out of that slump and return to where we think we rightfully belong. Sponsors like winners and it puts us in a better negotiating position with our broadcasters.” 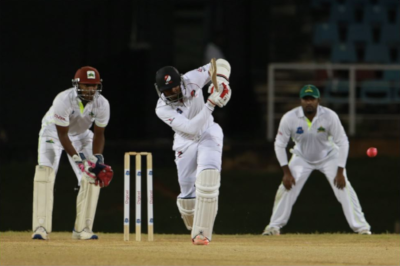 And also, just like in any other professional sport, players on winning teams get noticed. “It affords them very lucrative contracts in the leagues across the world,” says Muirhead. “India, Australia, every cricketing nation has one of these domestic leagues and players look forward to being a part of them.”

Faustin suggests that the West Indies teams are headed in the right direction. “This year, we won three Under 19 titles, the women’s T20, and the men’s T20,” she says. “In the next two years, we’d like to do the same. We’d also like to win the World Cup for the Over 50 championship. So as the competition comes up over the next years, we’d like to win and go up in the rankings – say be in the top three.” In order to fill the upper ranks of the sport, the WICB starts it players young. With its corporate partners, it sponsors Kiddy Cricket in the schools and Youth Development programs at the community level, throughout the Caribbean.

Cricket is not yet a popular sport in the U.S. – it’s primarily played by migrants from the West Indies on both the east and west coasts, at the amateur and club level. Over the years, several attempts at forming professional enterprises have failed due to lack of interest and/or finances. But Muirhead believes that could change. “We have been having preliminary talks with NCAA (National Collegiate Athletic Association) about introducing cricket in schools and colleges in the U.S.,” he says. “There is a governing body in the U.S. called USACA – the United States Cricket Association. So, we do have a presence in the U.S., which we are trying to develop. We see that as our biggest emerging market, and we have been seeking to promote the game much more in the U.S.”

Muirhead adds that the WICB is also talking with the International Olympic Committee (IOC) about the possibility of adding cricket to the 2024 Games. The first and last time cricket was played in the Olympics was in 1900, with a match between teams from Great Britain and France. “All full members have to be in agreement,” he says. “We’re discussing the pros and the cons and how it might interfere with our own annual event. Will it dilute what we have? Then, there are conditions that the IOC has laid down that we have to evaluate as to whether or not it’s worthwhile going forward.”

Meanwhile, there are several other, more local, items on the WIBC’s agenda. “Cricket is played during the day, traditionally,” Muirhead states. “We’re looking to play the longer form of the game: day/night. In other words, we would start in the evening and go to eight or nine at night. This is to facilitate our fans because the fan base is dwindling for the longer format of the game, although it’s increasing for the very short form of the game. So we are looking to introduce day/night cricket.”

The Board is also looking to find a new administrative headquarters. “We have operations in Barbados and other islands as the need arises when we have camps and development events,” Muirhead says. “We are looking to consolidate all of that and have it all here, in Antigua. We are actually in the process of acquiring a facility that will accommodate all of that and, hopefully, by early next year, we should be able to say that we have a permanent home. And in that permanent home, we can conduct all our business whether on the field or off the field.”

And finally, of course, the West Indies Cricket Board is now also looking for a new CEO to continue its mission of managing, developing, and promoting the second most popular sport in the world.

WHO: The West Indies Cricket Board

WHAT: The governing body for professional and amateur cricket in the West Indies

WHERE: ‎St. John’s, Antigua and Barbuda

Sagicor Life Inc.  – The Sagicor Financial Corporation offers a range of financial services to the Caribbean region and other countries, including insurance, annuities, pensions, banking, and investment and card processing services. The company’s Sagicor Life Inc. segment offers life and health insurance, annuities, and pension investment administration services in Barbados, Eastern Caribbean, Bahamas, Central America, and Trinidad and Tobago. In the dual-island of Antigua and Barbuda, Sagicor enjoys a reputation as a leading financial services company on the islands. The Antigua branch is a key part of Sagicor’s operation in the Eastern Caribbean. Established as The Barbados Mutual Life Assurance Society in 1840, Sagicor has operated in Antigua since 1863. The Sagicor Group offers a competitive range of services including life and health insurance, investment and asset management, brokerage and transaction processing, property and casualty (general) insurance. – www.sagicorlife.com