The Government of the Turks & Caicos

Business View Caribbean interviews Sharlene Linette Cartwright-Robinson, Premier of the Turks & Caicos, as part of our focus on Caribbean governments.

The Government of the Turks & Caicos – In a very good place

The Turks & Caicos Islands, TCI for short, is today, a British Overseas Territory that has witnessed a series of evolutions in its governmental structure over the past several decades. In 1962, TCI became a Crown Colony of Britain and in 1976 it instituted its own government headed by a chief minister (now premier). In 2006, the Territory rewrote its constitution, but in 2009, its then Premier resigned in the face of corruption charges, so the United Kingdom resumed direct control of the reins of government. A new constitution was promulgated in October 2012, and the administration of TCI was returned to local control after the November 2012 elections. 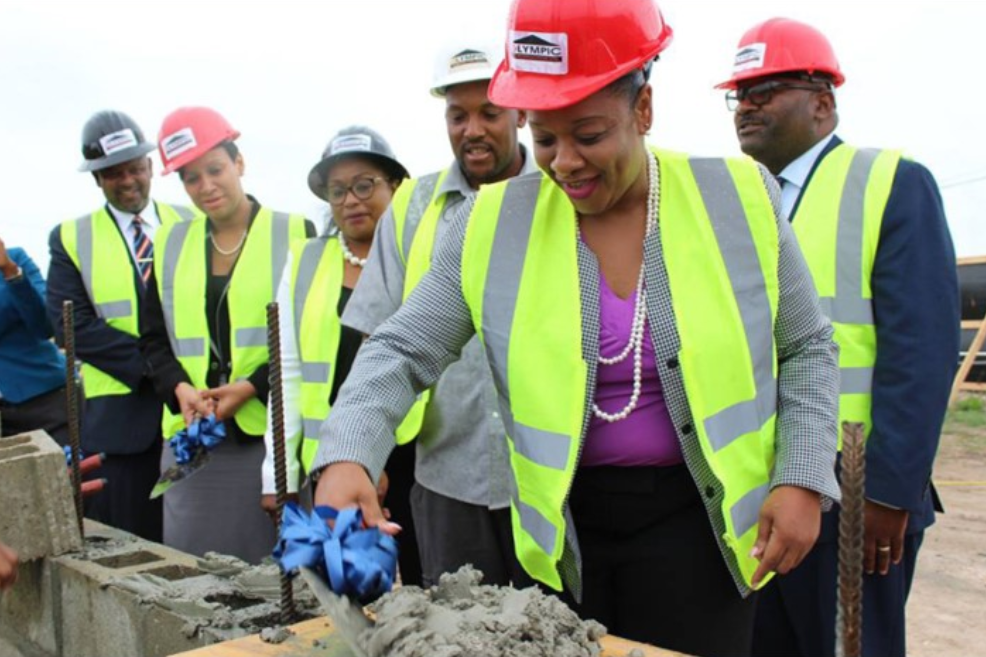 The head of government in TCI, as well as the majority party’s political leader, is its current Premier, equivalent to Chief Minister or Prime Minister in other British Overseas Territories. It is the highest political level that can be attained within the British colonial system. However, as a Territory, the Premier and Cabinet of TCI are collectively accountable for their policies and actions to Queen Elizabeth II, and power is shared with a Governor appointed by the crown.

In the 2016 election, the office of Premier was won by Sharlene Linette Cartwright-Robinson, a politician and lawyer who had successfully won an at-large, or all-island, seat in the Assembly in 2012, and then won her premiership in a race that featured over 50 candidates vying for the five all-island and ten single constituency seats that were up for grabs. As leader of the People’s Democratic Movement, she saw her party end a thirteen year ruling stretch of the Progressive National Party, capturing 10 of those 15 seats.

“So, of course, we formed the government that was elected on the 15th of December 2016, for a four-year term,” says Cartwright-Robinson. “As Premier, I am able to appoint six of those persons who won on the government’s side as Ministers with separate portfolios.” Saving the Ministry of Finance, Investment, and Trade for herself, Cartwright-Robinson named leaders for the following TCI Government Ministries: Border Control and Employment; Education, Youth, Sports, Culture and Library Services; Infrastructure, Housing, and Planning; Home Affairs, Transportation, and Communication; Health, Agriculture, and Human Services; and Tourism, Environment, Heritage, and Culture.

“There are certain powers that are retained by the Governor, who is the Queen’s representative under the constitution,” Cartwright-Robinson adds. “Internal security as related to the police, and external relationships as an independent country; also anything to do with financial services because that is external.”

Both as the country’s Premier and the Minister of Finance, Investment, and Trade, it’s no surprise that Cartwright-Robinson’s focus is on keeping TCI’s economy strong. “We had financial troubles a few years ago and we’ve been able to pull ourselves up by the bootstraps and achieve a credit rating of BBB+ through the systems that we now have in place,” she explains. “We are very pleased that we have a large number of persons who continue to be a part of our community, who came here as investors and continue to expand businesses because of the climate that we have created in this country.”

“This environment is ripe and people are still ready to make multi-million dollar investments, Cartwright-Robinson continues. “And we’re rolling out the red carpet for, not just those that we’re trying to direct in via foreign direct investment, but also those that are here. We want to make sure that the environment is conducive; that investors feel welcome; that the processes that are vital to being able to start and operate a business here are streamlined. 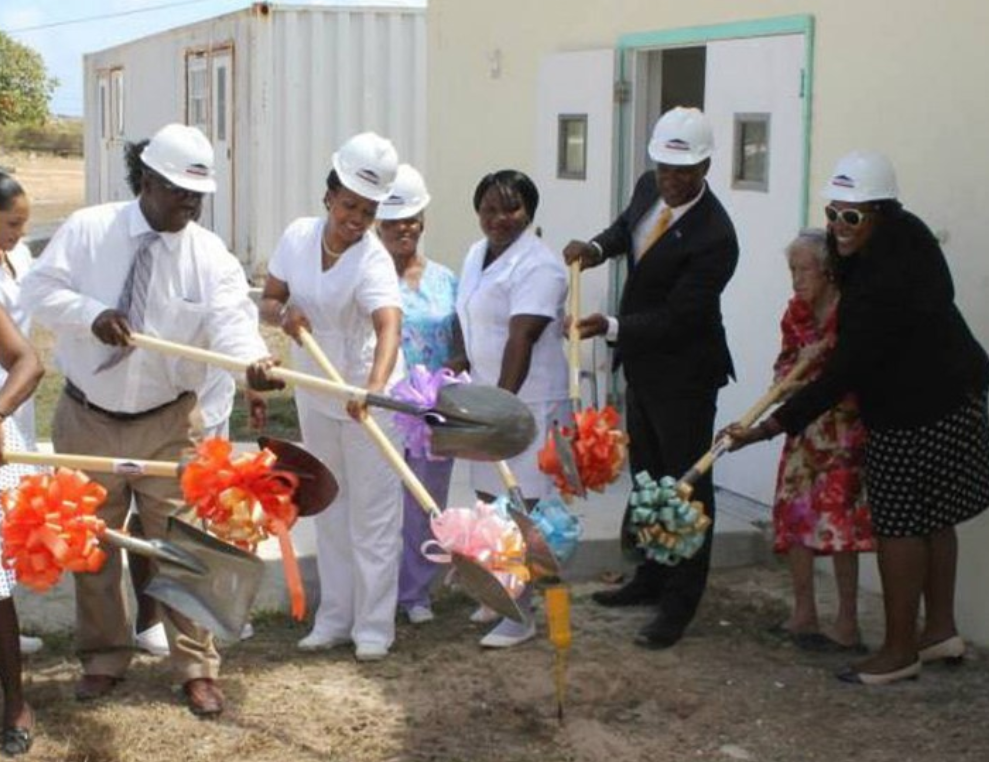 “So, we’ve have created an agency called ‘Invest Turks & Caicos’ that helps investors through the entire process and different departments that they have to deal with when coming to do business. And, as Minister of Finance, that agency falls directly under me, so my government is properly resourcing that agency and putting the proper procedures in place to make sure that the process between the agency and the critical departments are working well and the process is moving smoothly to help the investor. Invest TC is pretty much a one-stop-shop that can help them channel their business through the other government departments.”

Since TCI has a predominantly tourist-based economy, Cartwright-Robinson says her government will also continue to focus on that sector’s potential for expansion. “Even though we sell sea and sand and sun, we want to diversify that product by inviting persons to come in different areas of that business. We’re looking to sell ourselves as a conference destination; we’re looking at how we can market ourselves for sports tourism; medical tourism; for film. We are going to focusing more on eco-tourism.”

Financial services is another industry that the government wants to strengthen. “We also have, since coming to office, appointed a financial services review body that will look at the entire industry and how best we can grow it,” says Cartwright-Robinson. “We’ve just recently passed trust legislation. We want to be a jurisdiction that persons feel they can come and set up their trust here in the Turks & Caicos. We don’t have any exchange regulations or controls and that frees us in terms of them moving their monies in and out. We believe that there are a lot of niche markets out there that we can capitalize on – our strength being our proximity to the U.S., but also no capital gains taxes or direct taxation on the use of the U.S. dollar.”

Other areas of concern for TCI’s government are the traditional sectors of fishing and agriculture. “Those two traditional sectors, in particular, need investment,” Cartwright-Robinson declares. “And what is important for us is education, so we invite investment in that area. We are focusing a bit more on vocational training and specialist training. We have been receiving persons who are interested in setting up health schools, trade schools, technology institutions, certification for the hospitality industry. So, we are keen to receive investments in those areas, as well, to make sure that in all of the growth we are projecting, that our people are poised to occupy the best jobs and even senior management as time goes along. We appreciate investment in our young people because, more than anything, we believe that the youth are the leaders of tomorrow and that we have to train them, today. We anticipate that persons who are interested in coming and living and working and doing business in Turks & Caicos will invest in the young people.”

Other items on Cartwright-Robinson’s wish list for the country include: a better healthcare system with greater access and affordability for its citizens; a computerized immigration and border control system; major infrastructure projects, such as roads; and a national school nutrition program that, according to Cartwright-Robinson, “would take the country into the mode of a healthy lifestyle.” 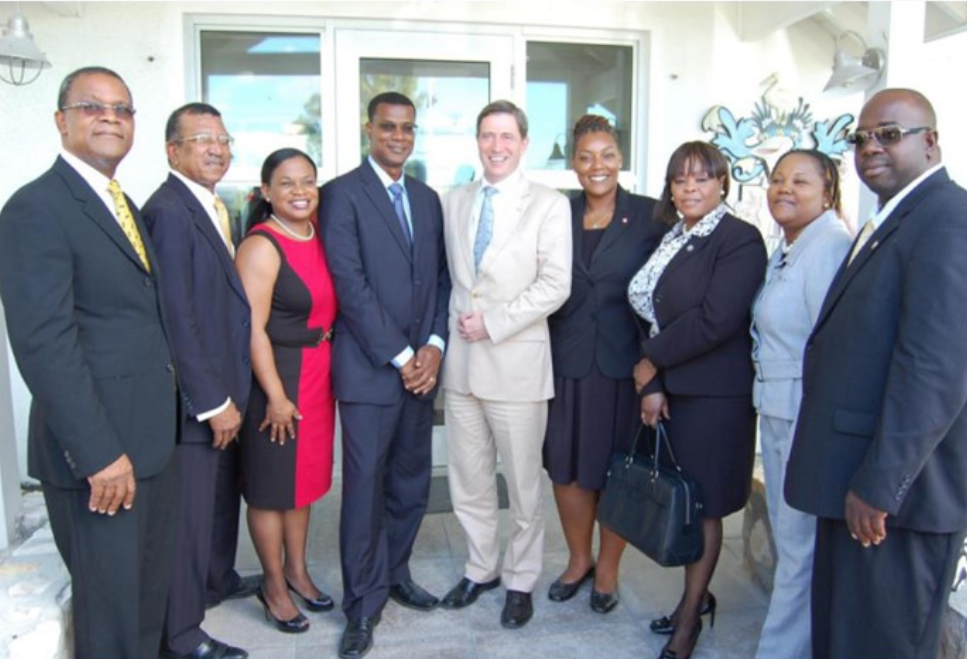 With all those ambitious goals for the country, the Premier is not unmindful of the challenges that her government faces in attempting to achieve them. One quandary for the thinly populated TCI is the need to import labor from other countries and islands. “We do need a ready labor pool and we have to import,” she states. “So, you’re looking at a myriad of cultures; you’re looking at being able to take care of the numbers that you bring in, that you’re prepared for them. We’re looking at a population policy that will be important because it will say who we grow the country with and how we’re marrying our development with the number of persons we need to bring in.”

Another challenge: “We’re not very big; we have a small amount of land. So we have to measure how we use our lands so that we balance what Turks & Caicos islanders would want land for, as well as what we’re prepared to give to those who would come and invest.” And finally, the challenge of open borders. “With wide open borders, you have the threat of illegal entrance. And with that you have the challenge of crime – not just from within, but also from without. We are a chain of islands, and the challenge is in having the mechanism to properly police them and protect our borders.”

One might also reasonably assume that since it was only a few short years ago that TCI lost its ability to self-govern, another great challenge could well be the possibility of losing that precious privilege once again. But Cartwright-Robinson is undismayed. “We have a very strong constitution,” she avers. “There is quite a bit of built-in oversight. You have a stronger opposition; you have oversight committees that are now public where persons can hear what’s going on in the government. Aside from House Committees, you also have built-in systems like a procurement system where processes for government contracts are very clear and transparent. We also have new laws that have been put in place, concerning public finance management that strengthens the systems as to how monies can be spent and how they can be approved. You have a strengthened Governor who has extra authority in terms of being able to flag anything he or she may see that is going wrong. We have an integrity commission that is very strong, where the public and make any sort of complaints against public officers – elected members, as well as senior management within the government. We are confident that we are in a very good place.”