The leader in Belize

Quality Poultry Products (QPP) is a co-op owned, chicken producing company, located in the community of Spanish Lookout in the Cayo District of Belize. It was originally founded by Mennonite cultivators who came to Belize in the 1950s from Mexico and whose roots go back to Canada and Russia. “The initial founders were my uncle and my dad, who bought shares a few years in,” says QPP’s General Manager, Raymond Barkman. “They started raising chickens in the late ‘60s. At the time, they were the only chicken producing company in Belize.” 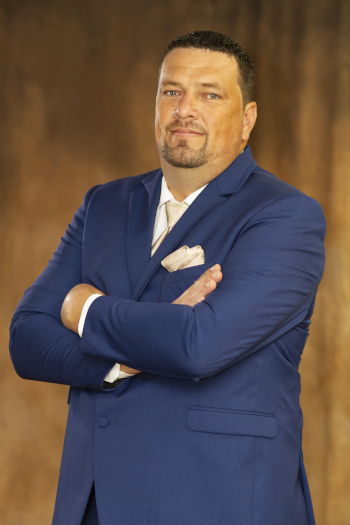 Because much of the country’s poultry was still being imported from the United States, Barkman says that the brothers began helping all the other chicken farmers who came along later so that, one day, Belize could become self-sufficient in poultry. “They worked together as a group,” he relates. “Nobody ever dreamed that we would become self-sufficient. But they advanced the poultry business very quickly. And now there is no importation of chicken.”

Quality Poultry Products became an official company in 1975. Today, it has relationships with more than 136 local broiler farmers, and has 378 401 employees who slaughter and process about 30,000 birds a day from a stock of over a million. Quality Poultry Products also raises and processes turkeys from live poults it imports from abroad. The company sells its products in 13 of its own retail/wholesale outlets in various parts of the country including Spanish Lookout, Belize City, San Pedro, Belmopan, Dangriga, Orange Walk, Corozal, and Punta Gorda.  In addition, Quality Chicken can be found in all major Belizean food supermarkets, restaurants (including the company’s own), hotels, educational institutions serving Belizean food, and convenience stores. Using a fleet of 42 refrigerated trucks and a boat that delivers to the islands Caye Caulker and San Pedro), QPP delivers daily to all locations countrywide ensuring that its products are always fresh.

Factory chickens are hatched out of incubators and brooded under a heat lamp or other controlled temperature arrangement. They are fed an optimum diet of scientifically formulated rations and, with few exceptions, fed as much as they are willing to eat. The diet that Quality Poultry Products farmers feed their stocks comes from grain that is both grown and milled locally. This means that all of the company’s poultry can be raised free of colorants, preservatives, hormones, and with non-GMO grains. “We are way ahead of the rest of CARICOM because we have the land mass and we can grow everything we need,” says Barkman.

Quality Poultry Products operates a state-of-the-art facility dedicated to the highest quality of control standards. The company has HACCP (Hazard Analysis and Critical Control Points) certification, an internationally recognized standard for food processing sanitation and safety. Barkman reports that almost three quarters of the $7 million the company has spent in factory upgrades over the past several years was to establish the HACCP certification, which now allows QPP to export chicken.

“When you want to export to the Caribbean, you also have to be approved by COTED (the Council for Trade and Economic Development) which is an organization of CARICOM (the organization of fifteen Caribbean nations and dependencies whose main objective is to promote economic integration and cooperation among its members, to ensure that the benefits of integration are equitably shared, and to coordinate foreign policy),” he explains. “We got the okay from COTED to export chicken to anyplace in the Caribbean.” Now that Quality Poultry Products has the ability to penetrate the export market, Barkman believes that the company will be able to double its production over the next several years, fulfilling its vision to be the dominant provider of quality poultry products in Belize. To that end, the company bought a hatchery, last year, and completely renovated its feed mill. “As far as capitalizing on exports, that is always a bit harder because it takes planning and getting in the market; it doesn’t come quite that easy,” he admits. “For example, we have been dealing with Grenada; we have a business plan, however just when hope is high something unexpectedly always comes up, and there are one or two things that we need to tune-up.”

Barkman thinks that Quality Poultry Products’s potential export market will be health-conscious consumers who simply want higher quality chicken and are willing to pay a premium for it. “We take a lot of pride in the way we produce chicken because we don’t inject hormones, we don’t use preservatives or GMOs (genetically modified organisms),” he states. “We were importing all the soy beans from abroad and whenever you import soy beans, they are GMO. So, we ran a promotion with the local farmers and we told them we were going to do a price freeze: ‘If you plant soy beans, you will not get paid under a certain amount, so please start raising non-GMO soy beans.’ Soy beans is a tiny part of what goes into the chicken feed, but this was the one little hitch we had to gain non-GMO status. So, this worked very well and, currently, we are completely independent with our own soy beans for the feed mill; all the soy beans are completely local, now.” In addition, Barkman reports that the company even bought a soy bean press, recently, and is exporting the soy bean oil to Jamaica.

QPP has also gotten heavily into the restaurant business. Barkman says, “We have the Quality Chicken Express Restaurant chain and it’s becoming very well accepted. We are in four districts. It’s a place where we can always sell chicken and we don’t have to fight to get the sales. We only have chicken products – chicken Caesar salad, quesadillas, burgers, kabobs, but everything is chicken – no beef or pork.” Barkman’s plan is to have a restaurant in every location where it has a retail or wholesale outlet. “So, wherever we have a branch, we’re slowly putting in a restaurant and we’re hoping that in the next few years, we will have a restaurant near each branch,” he adds. “It’s another way of marketing our chickens.”

Speaking of marketing, this year, QPP introduced a bold, new marketing scheme. “It’s a first-time marketing strategy for 2019,” Barkman notes. “We’re doing a hundred-thousand-dollar cash giveaway. If you find a ticket in your chicken you can redeem it for cash. Most companies give gift certificates that you can redeem, but I don’t remember anybody giving out pure cash, where they can spend it wherever they want to. If you open the chicken and find the ticket in there for a hundred bucks, we’ll give you a hundred bucks cash. So, this is something fun.”

Check out this handpicked feature on The Port of Belize.

WHAT: A cooperative poultry processing company

UltraSource LLC is a leader in providing equipment solutions for meat processing and packaging, and the supplies needed for your daily operations. We are known for providing the best quality and service with our lines of vacuum packers, labelers, grinders, vacuum stuffers, smokehouses, and complete offering of knives, boots, packaging materials, and other consumables. 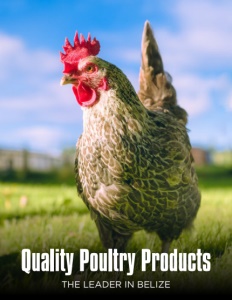