The Port of Belize – The Country’s Main Port 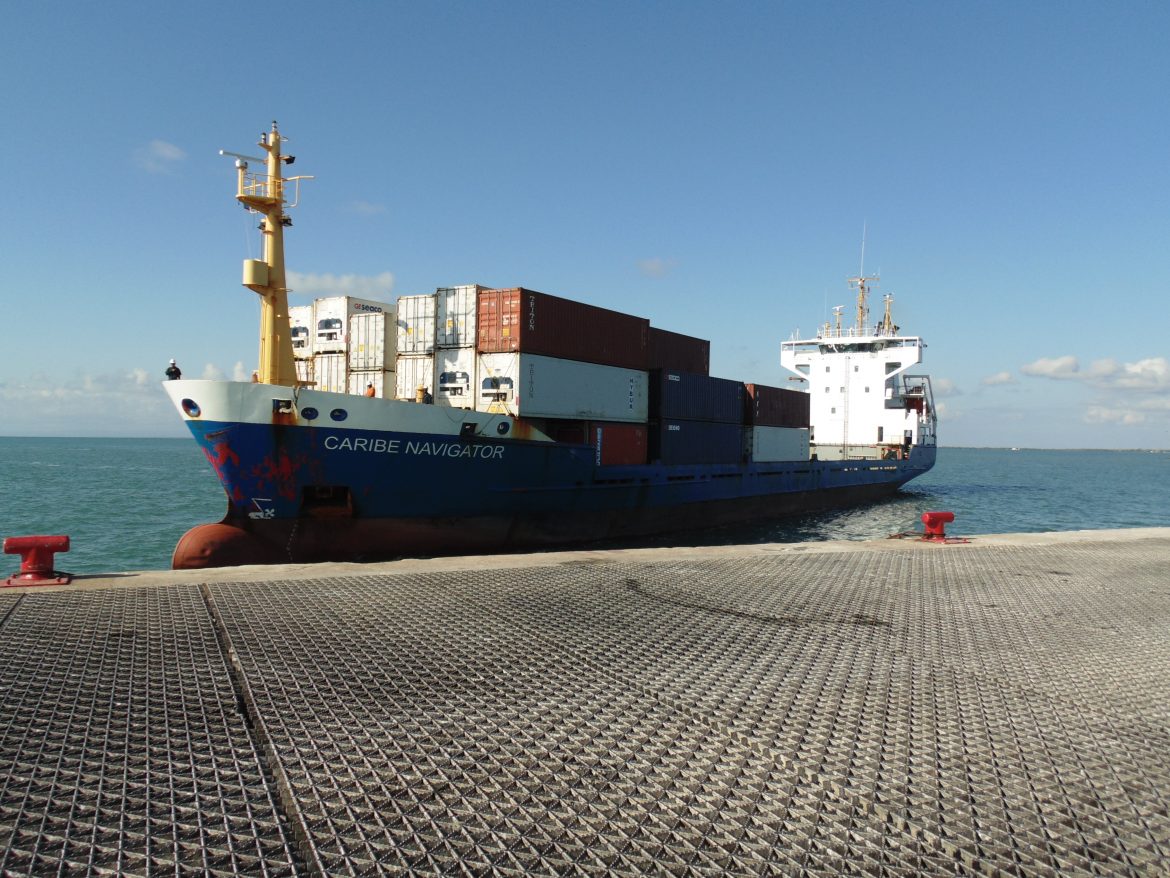 Business View Caribbean interviews Arturo Vasquez, the Chief Executive Officer of the Port of Belize as part of our focus on Belizean businesses.

The Port of Belize is located in Belize City on the coast of the western Caribbean. “It is situated in the commercial district, which makes the Port very important to the entire importing and exporting operations of the country,” says Arturo Vasquez, the Port of Belize’s Chief Executive Officer. In fact, Vasquez reports that the Port handles between 95 and 98 percent of the country’s imports and well over half of its exports. “There is only one more port in the country (Big Creek Port) that is operational, and it’s in the southern part of the country, where the agro-productive sector is located – bananas, citrus, beans, corn, rice, sugar. So there are a lot of exports handled there, because the farms and agro-businesses are closer.”

The Port of Belize was first established by the Belize Port Authority and run by the government until 2002, when it was privatized and sold to shareholders. In 2012, Vasquez was appointed its CEO and Receiver by British Caribbean Bank, which took the Port over because of unpaid debts by its private owner. “The Port continues in operation as an ongoing business,” says Vasquez, who was committed from the first to manage the Port without any disruption of services, and has since made good on that promise.

“Currently, we have about 145 staff,” he relates. “There are about ten in management; there is a warehouse operation; there’s staff that handles the cargo operation; there is maintenance; a mechanic shop; and the administrative staff – human resources and the information technology department. 40 to 45 are security officers. The Port has its own security company; we do not employ external security services. We believe it is more secure to have your own security officers and company. In addition, we have 150 stevedores who work independent of the office staff to load and offload the cargo vessels when they’re in port.”

The Port compound, itself, houses the container yard, a large warehouse for less than container cargo, a main administrative building, a building for the operations department, and one for the fully-equipped mechanic shop. “Any flagged ship can come to Belize,” says Vasquez. “The Port Authority provides permission to shipping agents in Belize who are the representatives of the international shipping and cruise lines. They can only operate through a local shipping agent.”

Making it easier for those agents to operate has been one of the Port’s recent achievements. “Over the last five years, there have been significant automation and IT improvements,” Vasquez says. “That brings a lot of efficiencies to the Port. We have an online portal where shipping agents can identify and follow a container from the time that it comes into the port, when it leaves, and when it’s coming back. Those are very important services that we provide for the shipping agents that never existed before.”

Other improvements include the automation of accounts and payroll, the integration of operations, the improved layout of the container yard, defining where each container is located, and beefing up the security at the access gates by being able to better identify and check in vehicles.

In looking toward the future, Vasquez says he would like to see progress on two important fronts. One would be to build a bulk facility that can facilitate the export of cargo that is now only containerized. “There is no bulk exportation that is currently happening,” he laments. “With the agro-productive sector in Belize growing significantly, the lack of a bulk facility tends to create a bottleneck to improved services. Building a bulk facility would significantly improve the exportation of the agro-productive sector and also will allow for the sector to attract better customers in the Caribbean and North America, and even Europe. While we have the products to sell, there are some markets that are not prepared to accept cargo in containerized formats because of the costs of container handling. So, with a bulk facility, I believe that there is a significant potential for Belize to export a lot more of its products which, of course, brings in more foreign currency.”

A second goal is to build a docking facility for cruise ships. Currently, the Port is too shallow and passengers must be tendered to the Fort Street Tourism Village from their cruise ships anchored offshore. “I think Belize and Cayman, if I’m not mistaken, are the only two countries in the Caribbean that still do not have a docking facility for cruise ships,” Vasquez states. “So, that also is a potential possibility – that this port can develop, design, and build a docking facility. Of course, that is a significant project to take on; it is something we have been looking at, and are also in negotiations with the government of Belize, because cruise tourism is our number one industry. We have the barrier reef, we have the mountains, we have the Mayan ruins, we have eco-tourism, we have everything that makes Belize quite a good destination. At this point – we have close to a million passengers a year.”

“Apart from partnering with the government, we also would need to have a cruise line on board with us before something like that could be built out,” Vasquez adds. “I know that Carnival, over the last five to eight years, has built out a docking facility in Roatan (Honduras). Norwegian has developed a Caye in the southern part of the country and they have built a dock there for one single ship. Royal Caribbean currently operates our Tourism Village so they are the operators of the local village where the passengers get off when they come to the mainland. So, we would have to have a cruise line company working along with us on this.”

As Belize continues to develop the infrastructure that will help its economy grow, Vasquez believes that the Port can play a significant part in that growth – especially if it can realize its hopes of a new bulk facility for produce and a new cruise port for people. “Those are the two future plans for great improvements to the Port operation, as well as the country as a whole,” he declares. “But, of course, all of that requires financing and therefore the other part of that job would be to look for potential investors to get into these operations along with us.”

Meanwhile, the Port of Belize continues to make improvements to its current operations so that the local shipping agents who are bringing cargo into Belize, and the local businesses that stock that cargo onto their shelves, can both do business profitably and efficiently.

AT A GLANCE
WHO: The Port of Belize
WHAT: The country’s major shipping port
WHERE: Belize City, Belize
WEBSITE: www.portofbelize.com

Lopez Equipment Co. Ltd. – Lopez Equipment provides trucking from the Port of Belize to anywhere countrywide. The company also provides crane rentals and engages in the construction of roads and bridges. – info@lopezequipment.bz