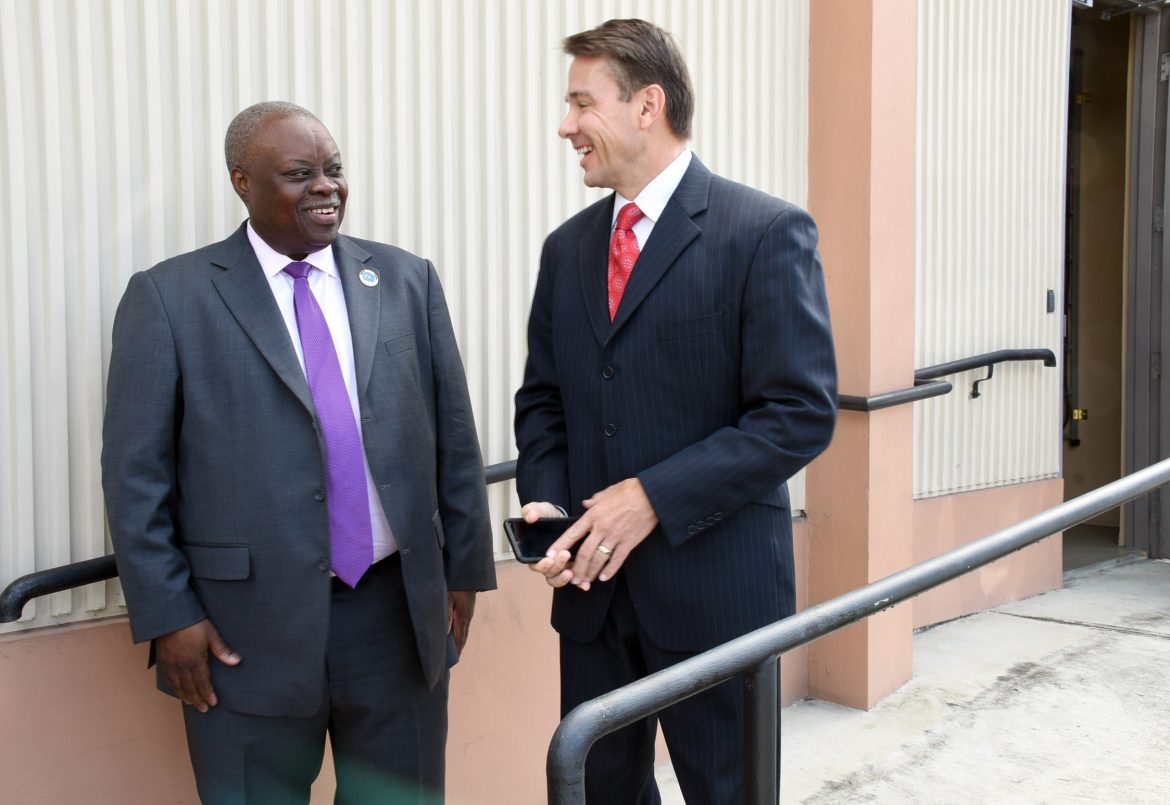 The U.S. Virgin Islands Next Generation Network (viNGN) is a 100 percent, fiber optic, broadband network that was established in 2010 as a subsidiary of the Virgin Islands Public Finance Authority with a charter to provide wholesale, broadband, middle-mile service to local, internet service providers (ISPs), who then supply last-mile internet services to homes, businesses, organizations, institutions, and government offices throughout the four islands of the territory – St. Croix, St. John, St. Thomas, and Water Island. Its mandate is to promote local economic growth, innovation, and global competitiveness and with speeds up to 10 gigabytes per second, viNGN has made the U.S. Virgin Islands the only fully interconnected jurisdiction of all 50 states and 6 territories.

viNGN was primarily funded from a quartet of grants from the federal government’s Commerce Department’s National Telecommunications Information Administration’s (NTIA) Broadband Technology Opportunities Program (BTOP), whose main purpose is to encourage the implementation and improvement of the broadband capacity in the United States and its territories. The specific grants which viNGN received include the following: the State Broadband Data Development (SBDD) grant for performing mapping activities, as well as planning and evaluating the jurisdiction’s broadband needs, availability, and the quality of what is available; the Comprehensive Community Infrastructure (CCI) grant for the deployment of a high-speed fiber network to the islands of St. Thomas, St. Croix, and St. John, creating a territory-wide, middle-mile network connecting community anchor institutions with reliable high-speed Internet services, and acquiring over 3,000 miles of undersea cable to Florida and New York; the Public Computer Centers (PCC) grant program which provides free access to computers, peripherals, and contemporary software in libraries and community centers; and the Sustainable Broadband Adoption (SBA) grant which funds efforts to provide digital literacy and job skills training, increase broadband subscribership, and stimulate job growth within the Virgin Islands. The $80 million in federal grants was complemented with $40 million in bond issues.

This past year, Dr. H. Mark McGibbon was appointed viNGN’s Chief Executive Officer and President, taking over from Interim President, Peter Shultz, one of the co-inventors of fiber optic technology and a member of viNGN’s Board of Directors, who, himself, had succeeded the organization’s first CEO, Dr. Tonjia Coverdale. McGibbon comes to the U.S. Virgin Islands with decades of small business, corporate, academic, and federal government experience in business, computer science, and information technology. He strongly believes that the introduction of broadband technology is key to stimulating the economy of the territory.

“When we sell broadband bandwidth services to the ISPs, it creates high-tech jobs,” he states. “It’s people going out into the field and laying down the fiber optic cables or the backbone wireless network to go that last mile; it’s people who are monitoring the network to make sure that it’s up and running; it’s people who are looking out for the security of it, making sure there are no Trojan horses, viruses, and the like. You also have people who run the businesses – accountants, bookkeepers, and lawyers. These are small businesses that weren’t around before the VI Next Generation Network came.”

In addition, McGibbon says that because the community at large now has more access to the internet, it can further develop a true 21st century economy and culture. “They can shop, they can go to school online, they can do a job search, they can run online businesses,” he proffers. “They can experience things they normally couldn’t experience if they didn’t have the internet.”

McGibbon also touts viNGN’s dedication to the territory’s population becoming computer savvy via access and education: “My predecessor, Dr. Peter Shultz, helped identify various places called ‘community anchor institutions,’ CAPs, and those were 316 locations that were strategic to make viNGN visible to the public; places like hospitals, government houses, schools, churches, public libraries. Those 316 were all hooked up; they all have routers. And it’s been very successful. And throughout the islands, there are 33 public computer centers (PPCs). They are located in libraries, community centers, churches, and those are open to the public. Most of them offer free WiFi services so people can either come in with their own devices or they can log onto the computers that were purchased with the federal grant money.”

For the 70 percent of the people in the USVI that don’t have their own personal computers, viNGN ensures that they get the skills they need, anyway. It offers classes on digital literacy in many of the PPCs, which are staffed by volunteers and overseen by a full-time viNGN employee, Anita Davis. “Recently, we authorized a purchase of Chrome Books, so if Anita’s services are required out in the field, someplace else, we don’t have to go to one of the PCCs,” says McGibbon. “She can hand out the chrome books and she can teach courses. And each one of the schools throughout the Virgin Islands has at least 100 megabits of broadband services. So, we’re educating the youth and making sure that the next generation coming up has the computer skills that are required in today’s working environment.”

In another move to help more islanders get access to the internet, McGibbon says that viNGN has substantially reduced its prices. “Since I’ve been onboard, we made a business decision to reduce the prices 50 percent for wholesale services, so those broadband savings could be passed on to the consumer,” he explains. “I sell at 50 percent from what it was back in the summer of 2016. And that helped other ISPs drop their prices and make it affordable for the end consumers.”

As for the future, McGibbon says that the Next Generation Networks’s number one priority is to have total saturation across the territory, “so that every single home, every single business, every single non-profit, every single person in government has access to broadband services. At the end of the day,” he declares, “this company is a public service to enrich the community.”

AT A GLANCE
WHO: Virgin Island Next Generation Network
WHAT: A public corporation that provides high-speed, 100 percent fiber-optic broadband services to the U.S. Virgin Islands
WHERE: St. Thomas and St. Croix, U.S. V.I.
WEBSITE: www.vingn.com