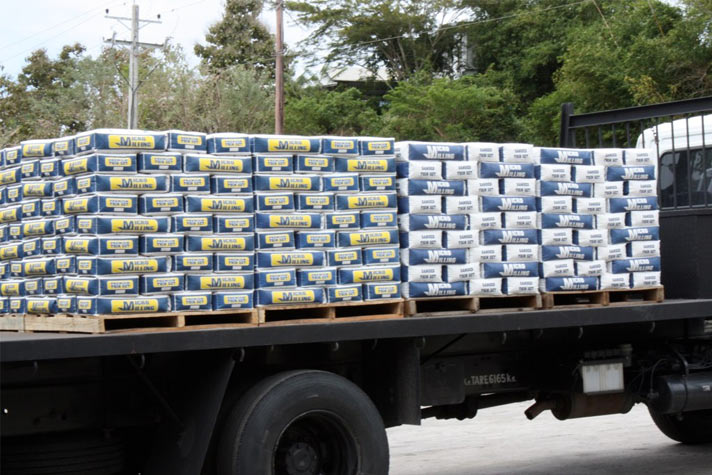 Micro Milling Ltd. is a Trinidad-based, family-run company that produces sand/cement blends for the construction, home building, and contracting industries. It is run by Robert de Verteuil, his brother Gregory, and their father, Maurice, who started the company in 1974 as a sand processing venture that produced different grades of sand for oil field applications, water filtration, and sand blasting rust off of ships and oil rigs. In 1995, the company began producing thin set, which is used for the installation of ceramic, quarry, clay, and concrete tiles, and brick pavers.

Today, Micro Milling has approximately 65 employees at its Plaisance Park location, turning out the following products: Regular and Premium Thin Set (White & Grey), Sanded and Unsanded Tile Grout in a wide range of colors, Plaster Mix, Concrete Mix, and Sandstone Render, which is used as a finishing material over plaster, brick, or concrete substrates. The company gets its raw sand from quarries on the island and its cement from Trinidad Cement Ltd. It distributes its processed products through hardware and tile stores in Trinidad, Guyana, Barbados, Grenada, St. Lucia, Dominica, and Antigua, where they have developed key relationships.

Business View Magazine first spoke with de Verteuil in June 2015. We recently checked in on him to see how business has been doing these past two years.

“Nowadays, the economy in Trinidad is in somewhat of a decline and you see that affecting your bottom line,” he begins. “Trinidad is heavily skewed toward the energy sector – a large portion of the government’s money comes from the energy sector and that is what has caused a lot of the downturn. The government doesn’t have as much money to spend and that’s where a lot of construction projects come from. So, if they aren’t doing housing projects, or high-rise buildings, or offices, that sector slows down greatly. If you look at the first quarter in 2017, it would be a bit lower than the first quarter of 2016. But we do things to combat that, and our eyes are on growth more than ever, and exports are a big focus of ours, now.”

De Verteuil explains that while a majority of Micro Milling’s products are manufactured using local raw materials, the chemical additives that the company uses for its various blends have to be imported. And that means that the company needs more than just the Trinidadian dollar to do non-domestic business, which means selling more product abroad. “So, foreign exchange is a big concern,” he says. “A big part of this export push and why growth is so important in that sector is that we want to try and be self-sufficient where foreign exchange is concerned; we want to generate our own.”

In pursuit of that goal, the company has beefed up its personnel. “You get to a point where you need to hire more people because you can’t do it all on your own,” de Verteuil states. “In the past few years, we’ve filled a lot of gaps in middle management.”

In addition, de Verteuil reports that the company’s website is now available in Spanish and French. “We’re making changes to our packaging, as well, so we can go beyond the English-speaking Caribbean. We really want to look at those French and Spanish speaking islands as well. We are looking for strategic partners in lot of those islands – Martinique, Guadeloupe, Dominican Republic, Haiti, Aruba, Curacao – those places where we don’t have a real presence yet. And finding the right partner in those places would be really beneficial to us. I would be happy to speak to anybody that thought they had something to offer us in terms of their relationships and networks in those places.”

Micro Milling would also like to penetrate a much bigger market: Jamaica. “Jamaica has some of its own thin set manufacturers, so it’s difficult to break into the islands that have their own manufacturers, in terms of price,” de Verteuil laments. “When you start to ship these heavy products, it adds a lot of cost. Ocean Freight between the islands is also very expensive. That’s what makes it hard to compete.”

De Verteuil admits that he also has to compete against foreign products, even in his own country. “Trinidad has always had a mindset that foreign products are better and we’ve gone to great lengths to ensure that we meet all American and international standards, and that we can compete with foreign products on quality and price. We’ve done a good job over the years in convincing the population of that and now, we are the preferred brand. So, we need to translate that across the other islands.”

Key to Micro Milling’s commitment to quality is its constant attention to the continuing education of its workers. “Education is going to be key for us, going forward, in terms of training our re-sellers and tilers, not only about our products but also best practices in the tiling industry,” de Verteuil says. The company held its first training workshop a few years ago, hosted by the National Tile Contractors Association, Inc. (NTCA), the largest tile contractors association in the world, with over 1,000 members.

One thing that will, no doubt, continue is Micro Milling’s focus on quality. “In our type of business, when it comes to plants and machinery, upgrades are a constant thing; always on your mind,” he states. “Anything to improve your processes, or better your service toward your customers – it’s an ongoing thing. We spent quite a bit of time, effort, and money setting up our own internal lab a couple of years ago. It has all the latest equipment capable of doing all the tests related to all the standards that our products meet. Usually, what companies do, is they send their products to the [United] States – there’s a place called the Tile Council and they test for ANSI (American National Standards Institute) standards. This process could take up to three months before results are received. But we do all our own testing. We do send it to the States to be verified that our tests are correct, but that is a large part of ensuring quality for us.”

So, while the economy in Trinidad is not as healthy as some would like, Micro Milling Ltd. is staying the course by expanding its staff and focusing on extending its market reach, while still maintaining the same high standards of quality that has made the company the number one supplier of thin set and assorted plaster and concrete mixes on its home island.

AT A GLANCE
WHO: Micro Milling Ltd.
WHAT: concrete products
WHERE:  Point-a-Pierre, Trinidad, W.I.