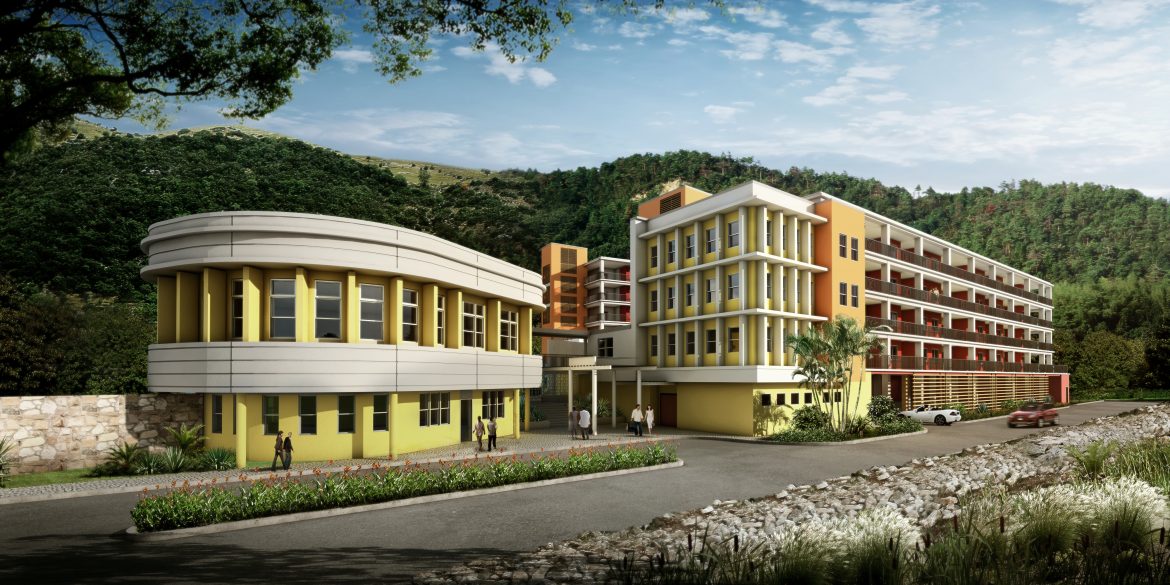 VIHA is empowered with the responsibility for planning, financing, constructing, maintaining, and managing public housing developments on the islands of St. Croix and St.Thomas. Its mission statement is as follows: “To create vibrant, dynamic, sustainable communities so families can evolve economically, and to improve lives and strengthen communities through quality, safe, and affordable housing, and by providing a myriad of services to empower public housing residents”

Robert Graham, who Business View Magazine first spoke with two years ago, is VIHA’s Managing Director. During our first conversation, Graham talked about the agency’s past, present, and future initiatives: “In the 1950s, the Territory sought to reduce rural slums and, in that process, to build public housing to provide affordable housing for residents and reduce the reliance on slum dwellings. So it began a series of acquisitions and development of properties and requested HUD (The U.S. Department of Housing and Urban Development) to designate them as public housing, so that they would be eligible for operating subsidies as well as capital improvement subsidies.”

By the early 1970s, Graham said that the number of VIHA units had reached a total of 4,127 apartments in approximately 35 developments across the two islands. “That was the largest number of units that the Housing Authority owned and managed,” he continued. “Subsequently, in the late ‘80s and ‘90s, a series of hurricanes destroyed a great deal of property in the Territory, including some public housing developments. And so, the Housing Authority had to demolish a number of them. And that took the number down to approximately 3,300 units – about 25 percent of the inventory. So, currently, we manage 3,287 units in 27 developments.”

Today, VIHA’s core service to its housing residents is to administer the three main programs by which HUD funds affordable housing in the U.S. and its Territories: Public Housing, Housing Choice Vouchers, and Section 8 Assistance. As such, VIHA is the largest provider of rental housing in the Virgin Islands with housing assistance to over 4,000 households by effectively using $42 million of federal monies. With an average of 2.5 persons per households, VIHA assists approximately 10,000 persons or almost 10 percent of the population.

Public housing comes in all sizes and types from efficiencies, to scattered single family houses, to high rise apartments, to one-bedroom units for the elderly. There are approximately 1.2 million households living in public housing units in the U.S., managed by some 3,300 Housing Authorities (HAs). HUD administers federal aid to local HAs which manage the housing for low-income residents at rents they can afford.

While Public Housing Funds go to the individual HAs, both for capital improvements and for their day-to-day operations, Housing Choice Vouchers are a form of monetary assistance that go to very low-income individuals and families so that they can rent, lease, or purchase safe, decent, and affordable privately-owned housing.

Finally, HUD also provides what is known as Section 8 Assistance for Public Housing Relocation/Replacement. Section 8 vouchers can be allocated to public housing tenants who are forced to move because of the rehabilitation or demolition of their public housing unit, allowing them to relocate into privately-owned housing and still pay affordable rent. This assistance helps make the demolition of obsolete public housing projects possible, while supporting displaced residents.

When we first spoke with Graham, he reported that one of VIHA’s newest developments was the Louis E. Brown (LEB) public housing development. It’s first two phases – 102 family units and 40 senior villas had been completed – and Graham recently added that the agency will begin construction on the third phase of the project, LEB 3, a 90-unit family development on St. Croix, later this year. “It’s an LIHTC (Low Income Housing Tax Credit),” he explains. “A mixed- financed, low-income housing type project with project-based vouchers.”

The Low Income Housing Tax Credit (LIHTC) was created by the Tax Reform Act of 1986 in order to encourage the construction and rehabilitation of rental housing for low income individuals and families. The LIHTC is a tax incentive intended to increase private participation in the development of low-income rental housing. Section 42 of the IRS Code provides an income tax credit to owners of certain newly constructed or substantially rehabilitated low-income rental housing projects which are both income– and rent-restricted.

Graham also told us that over the next eight to ten years, VIHA would like to build as many as 1,000 new, affordable housing apartments. One recent project completed by the agency that is keeping it on schedule is Sugar Estate, an 80-unit senior complex on St. Thomas that opened in May 2016. “The project-based, Section 8 development is fully occupied with a waiting list over 100 applicants,” he states. “We’re very proud of the development. So, we are holding to our vision to get into production 75 to 100 units per year. Sometimes that might stretch to 18 months, but between 12 and 18 months, we expect to get a project into production – basically to replace the older, public housing developments which are 60 years old.”

Meanwhile, Graham touts the fact that VIHA’s programs, heretofore, have been very successful in leveraging private development dollars into housing construction. “In terms of development, the Housing Authority will have utilized $12 million in low-income housing tax credits to leverage $120 million of private equity to develop over 300 units of affordable housing,” he reports. “So our repositioning and redevelopment plan is being implemented and it’s having a significant effect on the type of affordable housing that we are providing in the Virgin Islands.”

Now that a new administration has taken over the reins of HUD, Graham remains hopeful that funding for VIHA’s programs and constituents will not be appreciably diminished, despite some of the talk coming out of Washington, D.C. “We expect that saner minds will allow the status quo in terms of funding for both public housing and vouchers,” he avers. “You have eight or nine million people whose rent burden is more than 50 percent of their income and any cuts in the HUD budget will exacerbate that. It would be a lot of displacement of individual households and assistance for households. But, I don’t think the cuts that they’re proposing for HUD will happen; the folks with some common sense in Congress will not allow those cuts to be as draconian as the rhetoric suggests.”

As of this moment, Graham stresses that VIHA is “sound, both financially and operationally, effective and efficient in terms of operations, and in the forefront of providing affordable housing in the Territory.” Hopefully, that characterization will remain extant, far into the future.

SM@RTNET – SM@RTNET is the only homegrown Internet Service Provider in the U.S. Virgin Islands, offering High-speed Internet access for businesses, government, and residential customers. Its service packages range from 1Mbps up to 1Gbps. Depending on a customer’s location, service can be offered via Next-Generation wireless, DSL, or even Fiber Optics. With the largest staff of certified engineers in the USVI, SM@RTNET also offer services such as MPLS, managed network services, video conferencing and custom network integration. – www.smartnet.vi