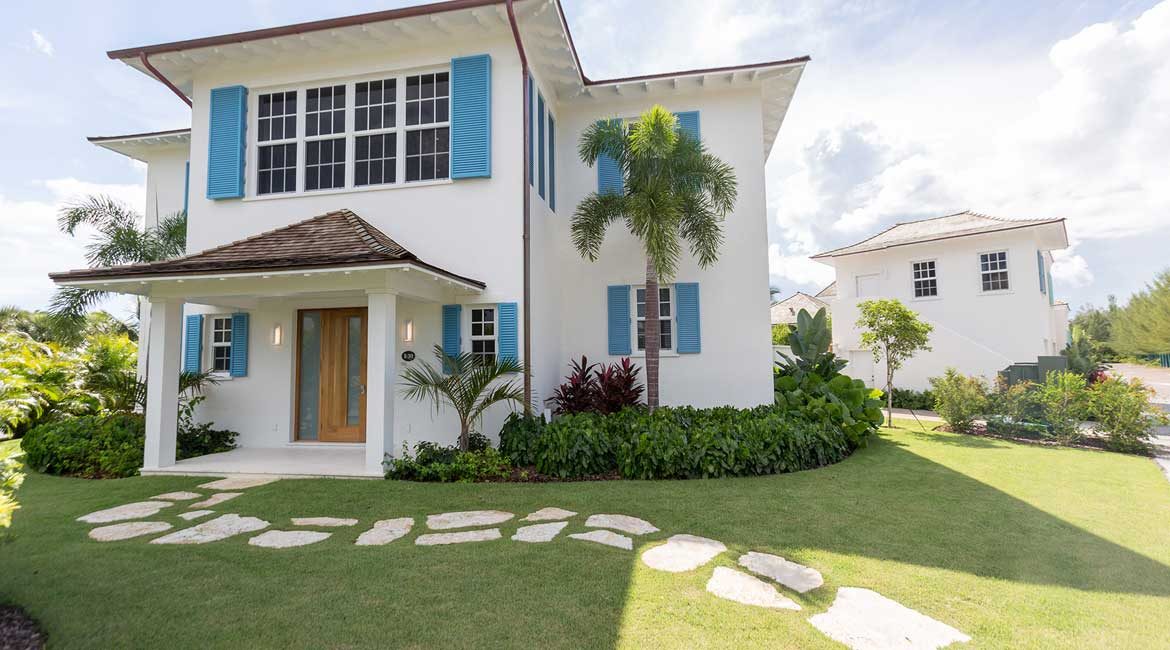 Business View Magazine interviews Darren Ginns, owner of SMG Construction/Millwork, as part of its focus on best practices, the Bahamas.

SMG Construction/Millwork was founded in 2001 by Darren Ginns, who had come to the Bahamas from Australia in the mid 1990s, as a partner in the Whistler Development Company, to head up the construction of Sunnyside Estates, a 21-unit, 6-story condominium project in Lyford Cay. The requirement for fine detail and finishes demanded by the owners of this upscale building laid the groundwork for the start of S.M.G. Millwork, and that company began, soon after, offering homeowners custom pieces for kitchens, vanities, walk-in closets, and built-in entertainment units.

Meanwhile S.M.G. Construction, Ginns’ other company, has been responsible for building and/or renovating high-end, custom homes in Lyford Cay, Old Fort Bay, Albany, and the Ocean Club Estates. The company has also completed several commercial projects—including a state of the art laundry for the Baha Mar project, an equestrian estate, the Mahogany House Restaurant, and Old Fort Plaza.

In 2015, Business View Magazine spoke with Ginns several months after a large fire had destroyed the entire millwork building and its offices. Since then, the company has been in recovery mode, hoping to use the loss as an impetus to build a bigger and better operation.

Recently, we caught up with Ginns to find out what direction the company has gone over the past few years. Ginns explained to us that he decided to separate the two companies in order that each grows on its own merits. Through the hardships, he realized that in order to have 100 percent customer satisfaction and create a culture within the business, introducing a leadership program was necessary.

The organizational culture that Ginns speaks to refers to the beliefs and values that have existed in the organization over a long period of time, and to the beliefs of the staff and the value of their work that will influence their attitudes and behaviors. Therefore, Ginns states, “It is essential to understand the relationship between this organizational culture and leadership behavior to strive for the greatest satisfaction of both employees and customers.”

After much research and passion in expanding his knowledge regarding leadership values, Ginns came to the conclusion that “when good leadership is in place in a company, it can be felt throughout the entire organization. With good leadership, corporate culture isn’t forced, it’s developed. Working with the upper management, the foremen, and our staff, we’ve been able to focus on suitable leadership for every individual and the progress of creating a vision through which we have begun to see beneficial changes within our business.”

In an effort to continue these values, Ginns hired Kenny Cargill, a Motivational Leadership Director. With his background in business, as well as public relations, Kenny was brought on as C.O.O. (Chief Operating Officer) of S.M.G Millwork to ensure Ginns’ vision is an everyday practice within both companies.

Cargill began with the understanding that while the company has to take care of its customers, it also has to build its people. “We have to allow them to know the core values of the company, the vision of the C.E.O, and we have to build our leaders to understand their roles and how to lead,” he states. “We strive for communication being daily and open, and for everyone to understand the vision and goal while also the way in which to personally improve and strive towards success.”

Ginns says his inspiration for much of his leadership program came primarily from the works of Jon Gordon’s series of novels, most specifically, “The Energy Bus.” This novel takes readers on an enlightening and inspiring ride, revealing ten secrets for approaching life and work with the kind of positive, forward thinking that leads to true accomplishment. “You’re the driver of your bus; desire, vision, and focus will move your bus in the right direction. You just have to want it!” he exclaims.

Over the next few years, Ginns says that his aim is to keep growing the design/build part of S.M.G. Construction – 80 percent of the business is currently design/build and the company has four full-time architects on its 90-person staff. “We will be focusing not just on residential, but also on commercial work,” he says. He also wants to expand both companies’ reach beyond Nassau, and look for work on the outer islands of the Bahamas. Meanwhile, S.M.G is running both a day and night shift. “That’s how fast we’ve grown,” he says. “We’re doing an expansion to our spray shop, and we’re building an innovative storage facility on the property in congruence with our growing company”

Like a Phoenix rising from the ashes, S.M.G Construction/Millwork is poised for future flight.

AT A GLANCE
WHO: S.M.G. Construction/Millwork
WHAT: A custom design and high-end architectural and construction firm
WHERE: Nassau, the Bahamas
WEBSITE: www.smgmillwork.com; www.smgconstruction.com