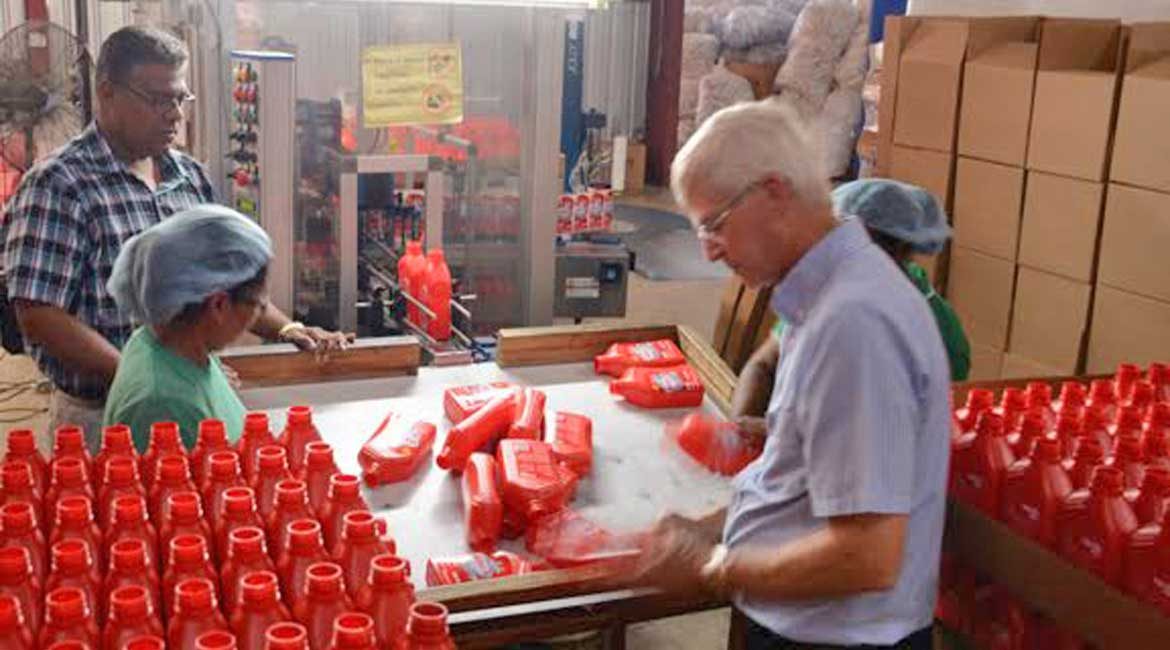 Business View Magazine first spoke with Quesnel in 2015, and recently caught up with him to see how his business has been faring since then. “With oil prices going down, things have shrunk a bit and we’ve had to look at our core products and services,” he begins. “That has been a challenge, but no more than what we are capable of. We’ve lost a couple of big customers, such as Shell and Total, who closed up shop here in the country – they had a global restructuring which caused some changes to our local market. Not losing a beat, we went looking for new clients and we continue to maintain some old, traditional ones.” One such client is the National Petroleum Company which Quesnel says is likely to claim a greater portion of the oil market in Trinidad and the CARICOM region as a whole, now that Shell and Total have left. Resin Converters is on the verge of launching a new container shape for National Petroleum and says that “they’re very excited about it.”

Quesnel also reports that his company has made the decision to further penetrate the food market, and that it is also looking at putting product in bottles for the export market. “One of the things that has hit Trinidad business very hard is the availability of foreign exchange,” he says, explaining the company’s desire to push exports. “We have failed to keep the value of our currency on a floating system – it doesn’t slide as the world’s currencies do. So, what happens is that you get a very cautious business sector that realizes that you can lose very big if there’s a re-adjustment of the exchange rate. So, the larger, cash-rich companies buy up all the foreign exchange that they can, creating a shortage.

“This has happened over the last year and it has created great difficulty sourcing raw materials and being able to pay for them. Hence, most of us who have been through a few recessions look towards positioning ourselves for exports and this is what the next move of this company will be. And in our drive to package products for export, we are already on the way.” Quesnel says that for the last year and a half, he has been attempting to overcome various trade barriers in several Latin American countries, but hopes to enter those new markets within the next few months. “It may mean very small margins, but once you have the foreign exchange, you can ensure payment for your raw materials,” he says.

Quesnel also reveals that over the last year or so, Resin Converters has embarked upon an extensive management training regimen for its supervisory personnel. “I think it was a very good opportunity to dig deep into this idea with my management team,” he states. “It was quite rewarding in the sense of bringing out the best in my team and re-emphasizing our goals and our vision coming out of a recessionary period. I have a management team that took the training well and I think they will be well-conditioned to handle the change of direction of the company. I stand behind my team – it’s not a one-man show. I really believe that with teamwork, we can do anything.”

Finally, Quesnel says that he is continuing his long-term goal of trying to get the government of Trinidad to move forward on implementing a reasonable, plastic recycling program. Even though it is a small country, between 50 and 60 million plastic bottles are disposed of into its waste stream, every month. “I do some recycling on post-industrial, but I have not been able to go to post-consumer, yet. And we can’t get the government to get serious about separating recyclables from waste,” he laments. “But we’re going to keep fighting. It’s been 17 years I’ve been working on it and if I have to work another 17, I will. I don’t give up easy.”

Meanwhile, Quesnel believes that with its new agenda and its reinvigorated management team, Resin Converters will continue to rebound from the darker days of the Great Recession. “I do feel, very strongly, that a recession is a time when you don’t curl up and lay low. It’s a time for you to dig in, explore new opportunities, and bring the company to better profitability,” he declares. “And if we continue to do what we’re doing, we should see a very good return on investment.”

AT A GLANCE
WHO: Resin Converters Limited
WHAT: A world-class manufacturer of plastic packaging products
WHERE: Caroni, Trinidad
WEBSITE: www.resinconverterstt.com