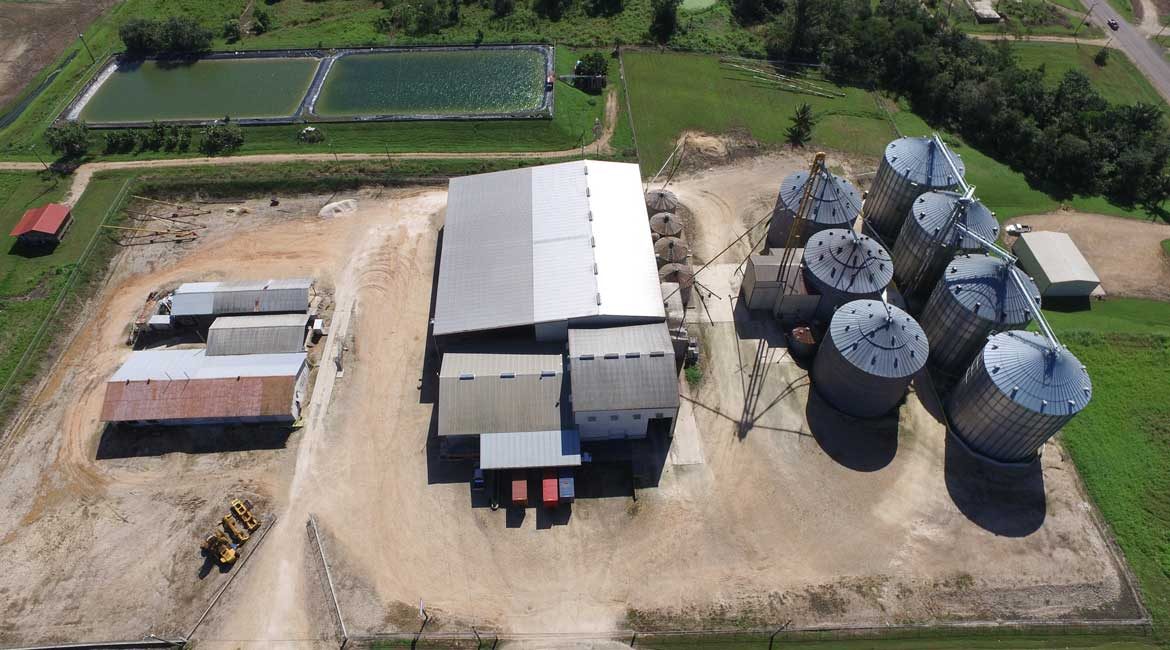 In the early 1950s, a community of Mennonites emigrated from Mexico to the Spanish Lookout area of Belize. Today, there are about 3,000 members of that community, many who have become vital contributors to the economic growth of their adopted country, and who, as farmers, provide most of its produce, including meat and dairy, poultry and eggs, as well as grain and legumes. The climate and wet conditions in the Spanish Lookout area is especially ideal for beans and corn.

Bel-Car, which stands for Belize-Caribbean, is a cooperative growing and distribution company that was started in 2000 by a group of about 200 of those farmers from Spanish Lookout. “These farmers had been growing beans for the country for a good while, and there was more than the country could consume,” explains Otto Friesen, Bel-Car’s Managing Director. “Belizean leaders, along with some government officials, started looking for an export market, and found it in the Caribbean. There was a private company that had invested a little bit into Belizean bean products, but production increased and demand for quality increased from the market side, and that company wasn’t up to the demand. The farmers got frustrated and wanted to expand their production. So, they pooled their resources, purchased the private company, along with a state-of-the-art processing plant, and became Bel-Car.”

Within a decade, Bel-Car was shipping some eight million pounds of black-eyed peas throughout the Caribbean and to markets as far away as North, South, and Central America, the Middle East, Asia, Europe, and Australia, making Belize the world’s fourth largest exporter of the product. “80 to 85 percent of our production goes to the Caribbean,” says Friesen. “The other 20 percent goes almost all over the world.”

Today, the company continues to export about 6.5 million pounds of black-eyed peas and five million pounds of red kidney beans, every year, with a an approximate value of $US4 million. In addition, Bel-Car exports refined cornmeal, and when available: white corn, yellow corn, hominy corn (cracked corn), corn grits, corn gluten, black beans, and light speckled kidney beans. “We are, by far, the biggest exporter of pulses (dried legumes) and grain out of Belize and there’s no other company as well organized,” Friesen declares. “But there are commodity brokers existing around us, who will buy from the same farmers and export into the same markets to a certain extent. And we do sell some locally, because at harvest times, we never know how much the local consumption will be and how much the farmers kept for local supply, so there are times when we will sell back into the local market, but it’s not the main focus of the company,” he adds.

Recently, Friesen says that Bel-Car has done quite a bit of research and planning into value-added food processing. “There are a few of these things that have been on the table for awhile and we’re seriously looking at them, but I’m not sure when they will materialize,” he says. “One of them we spent a lot of effort on recently is canned beans. With canning, I don’t necessarily mean tin cans; it could well be in other presentations, but ready-to-eat in retail packaging. The reason for this is that we’re finding that people in developed countries – Trinidad, for instance has been a big market for us, for years – Trinidadians don’t want to cook their beans, anymore, before they go to work – they just want to buy a ready-made can. And why have somebody else do that? Why not do it ourselves?”

Meanwhile, the company has continued to invest in processing equipment for its raw products, which are generally sold in bulk – 50 and 100 pound bags. “We put in a whole new line of bean processing equipment three years ago,” says Friesen. “It’s computerized, state-of-the-art equipment that has quality separation, color sorting, and all of that just to ensure that the product we send out is of good quality.”

Over the last two years, the company has also increased its storage capacity for corn. “We are now capable of storing 25,000 metric tons of corn on the premises,” Friesen states. Unfortunately, that added storage capacity has gone unutilized since then because the last two corn crops were both “a disaster,” he says, ruefully.  “A little bit more than a year ago, it was drought; last year, the crop looked really promising and we were expecting a record-breaking crop to be harvested in October, and then Hurricane Earl took that.”

The vicissitudes of weather notwithstanding, Friesen stresses that working through a cooperative such as Bel-Car is still and always the best option for its foreign buyers. “We’re not a commodities broker,” he asserts, “we are grower-owned. Any customer who deals with us deals directly with the farmers. They don’t have all these middlemen to feed. If you come to Bel-Car, you come to the farmers – farm-direct and fresh.”

AT A GLANCE
WHO: Bel-Car Export & Import Company Limited
WHAT: A cooperative growing and distribution company
WHERE: Spanish Lookout, Belize
WEBSITE: www.belcar.bz